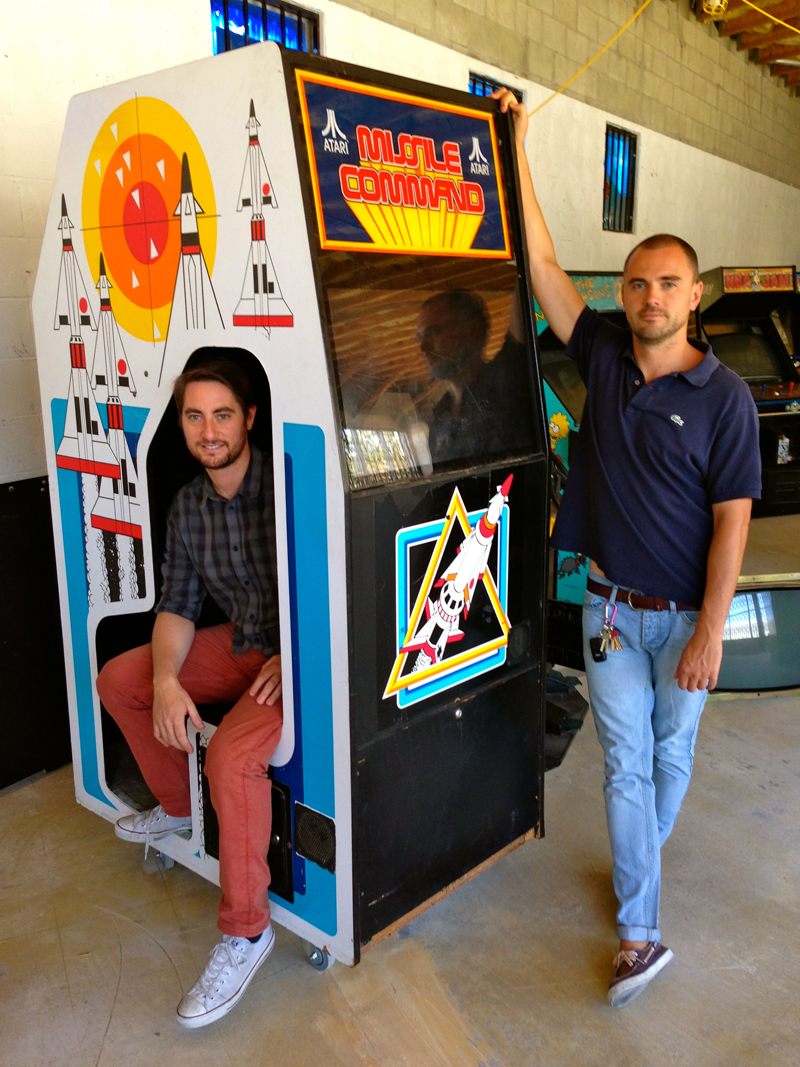 The Arts District will soon be the home to a classic arcade bar with a contemporary flair founded by Downtown residents and native Angelenos Scott Davids and Noah Sutcliffe. Expected to open later this year, EightyTwo will feature a curated selection of over 40 fully restored (and playable) arcade and pinball machines from the 1960s to the 1990s (many rare and unique – SEE FULL LIST BELOW). Paying homage to the gaming culture of decades past, EightyTwo celebrates the “Golden Age of the Arcade.” 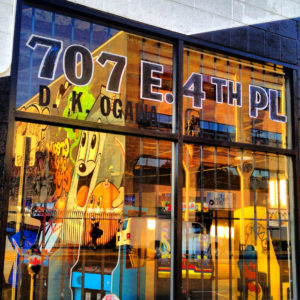 Reflections of a neighborhood – past, present, future – from window of forthcoming EightyTwo. © Photo by Melissa Richardson Banks www.downtownmuse.com

Local SCI-Arc architect Darin Johnstone is slated to transform the 1980s storefront into a modern edifice that will showcase the arcade and pinball games as playable objects of art. A minimalist, gallery-like interior will juxtapose the colorful retro aesthetic of the games. In the arcade room, gems such as Space Invaders, Centipede, Street Fighter II, and Star Wars will be on display and available for play, while the pinball area will contain a variety of machines from the 1960s to the present. The bar’s two 2,000-sq-ft rooms will be connected by a shaded, 1,700-sq-ft outdoor patio. Founder Scott Davids (who has lived in the Arts District since 2009) has assembled and personally restored EightyTwo’s impressive arcade collection, while the pinball games have been sourced and will be maintained by local Los Angeles pinball fixture Molly Atkinson, founder of Pins and Needles in Echo Park (she will also serve as EightyTwo’s arcade manager and resident technician). In addition to gaming competitions, EightyTwo plans to host special events, art shows, and progressive music programs in the neighborhood. Just steps away from Würstkuche, Angel City Brewery and Umami Burger, EightyTwo is located at 718 E. 3rd St. in the heart of Downtown Los Angeles Arts District near Traction Ave. P.S. I’m banking that EightyTwo will be at the top of the list for LA Weekly’s “10 Best Game Bars in Los Angeles” next year!

UPDATES as of FRIDAY 9/27
According to founder Scott Davids, EightyTwo will have rotating pinball games from early electromechanical era all the way up to the latest games such as Metallica. There will always be the foundation classics in EightyTwo, but games will be rotated in and out. While 100 games could squeeze into the space, Scott and Noah aim to avoid cramming them together “like a classic 80s arcade.” Rather, they want the games to “have space so that people can appreciate the game art and be able to have some room to play them.” Current plans include having 25 arcade machines and 15 pinball machines in play at any given time (and in rotation).