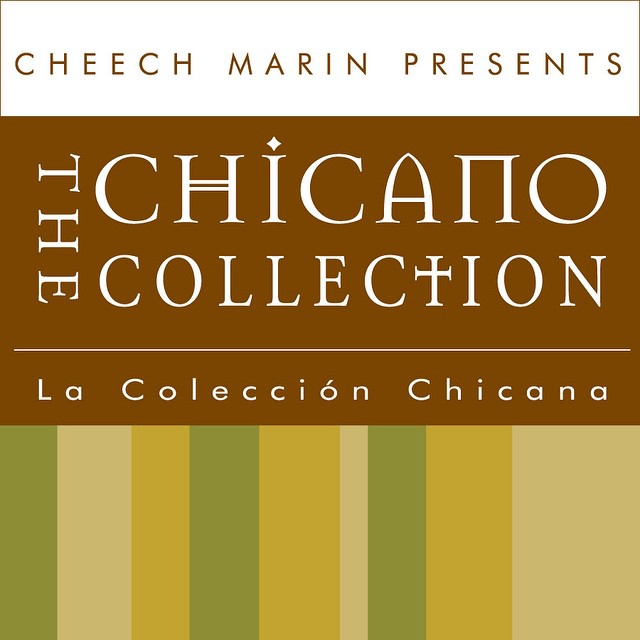 The Chicano Collection/La Colección Chicana is a groundbreaking art project produced by entertainer and collector Cheech Marin, master printer and artist Richard S. Duardo of Modern Multiples, and Melissa Richardson Banks of CauseConnect. It was organized as a traveling exhibition by CauseConnect and toured over 16 venues across the United States.

In Los Angeles, Plaza de la Raza hosted the exhibition twice. It was the originating venue of the national tour in 2005 and then also displayed the exhibition in its Boathouse Gallery from Thursday, June 18, 2015 through Saturday, July 11, 2015.

Concurrently with the 2015 exhibition at Plaza, “Chicanitas: Small Paintings from the Cheech Marin Collection” was hosted at the Vincent Price Art Museum through Saturday, August 1, 2015. 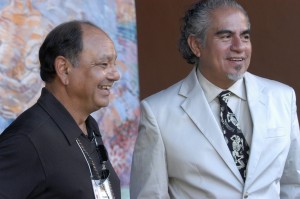 Ten years ago this month, Cheech, Richard and I premiered The Chicano Collection/La Colección Chicana at Plaza de la Raza. It was the culmination of our work together over two years to produce this ground-breaking art project. I first learned about the project after running into Richard at the former Vons in Lincoln Heights, and he introduced me to Cheech when he found out about my work. (Thanks to Richard, this led to my work today managing Cheech’s Chicano art collection.) I embraced their vision, shaped it into a project later funded by Bank of America and Farmers Insurance, helped market and manage it to fruition in 2005, and even expanded it to include a touring exhibition and a documentary to extend its life beyond what was originally planned. Richard first conceived of the project and presented it to Cheech after the opening of the blockbuster exhibition Chicano Visions in San Antonio, Texas. Their vision was to “embed Chicano art in its rightful place” by producing a limited-edition portfolio series of selected works from Cheech’s notable Chicano art collection to be donated to major museums and universities. After all, Chicano art is American art, so Chicano art should available at U.S. institutions for research and study.

The Chicano Collection project produced 115 archival fine art print sets — each containing 26 large-scale pigment prints of selected artworks in Cheech’s collection, 26 linocut portraits by Artemio Rodriguez of each featured artist, along with copies of the Chicano Visions art book and our The Chicano Collection documentary film (directed by Tamara Hernandez who also produced it with me and Heather Flores). Fifty of the 115 sets were donated to major museums and universities across the nation, including LACMA, San Francisco’s de Young Museum, and the Smithsonian Institution. One set was given to each participating artist and project partners, plus sets were donated to the Hispanic Scholarship Fund for sale to benefit the nonprofit.

Sorry, the comment form is closed at this time.